Chongqing Dangdai defeated Shanghai Greenland Shenhua 2-0 in the second round of the championship group. The total score of the two teams was 3-3 into overtime. After no achievements in overtime, Chongqing finally won the penalty shootout 10-9. The game was very tragic, the referee Xing Qi showed a total of 3 red cards and 10 yellow cards to the players on the two teams. 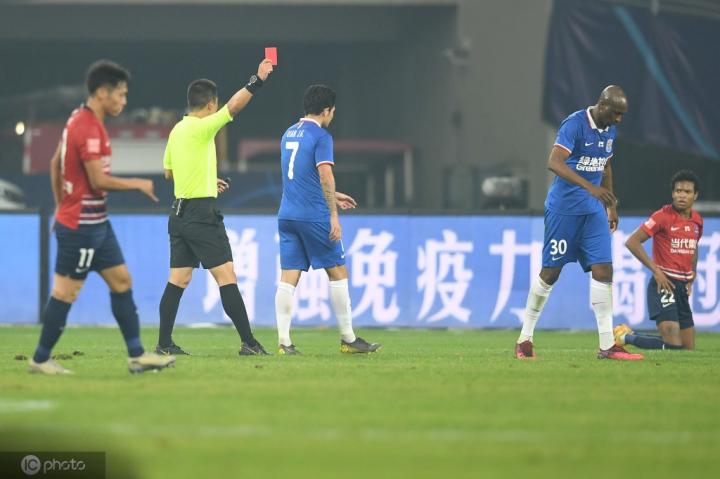 This round of qualifying has nothing to do with championship and relegation, but Chongqing and Shenhua fought very fiercely in the second round. Excessive foul actions also caused multiple red and yellow cards and some players suffered injuries. There were 3 red cards in the game, Mbia and Wu Qing were both sent off by the straight red, and Qin Sheng turned two yellows into one red. In addition to Qin Sheng's two yellows, eight players on the two teams received yellow cards.